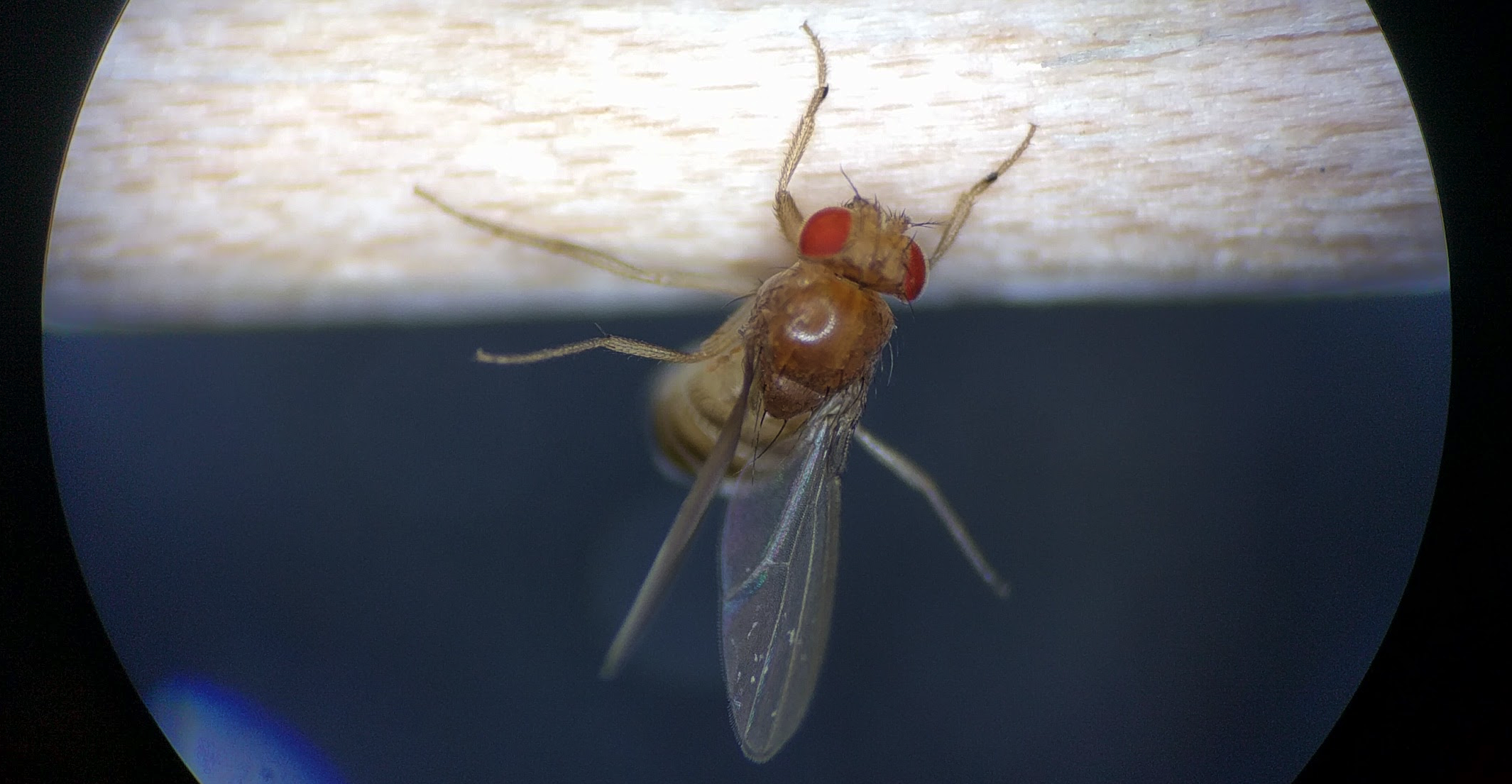 Several videos with accompanying descriptions can be found published in eLife.

Here are some additional videos which have not been published, but I thought would be fun to share:

This male courted and began mating with a female fly as she was dying of the fungal infection. It’s unclear if the female was receptive or if the male took advantage of the female’s incapacitated state. In any event, he is now stuck to her via his genitalia (presumably due to fungal growths emanating from her genitalia). I’ve seen this happen only a few times since I started working with E. muscae, but I’m usually not quick enough to grab a camera and start recording.

This is a video I took of the bait from which I captured E. muscae in my backyard, back in late summer 2015. (The zombies have been removed.) I was impressed that there were so many kinds of Drosophilids hanging out in my neighborhood, and honored that they chose to dine on my rotten fruit.

I have an ample collection of fungus and fly pictures. Here are a few of my favorites.